It’s time to leave the past behind and forge a new bond, and the first step should be yours, says Mariella Frostrup

The dilemma I don’t have a very good relationship with my mum most of the time. It looks fine from the outside and she would probably disagree with me, but I often feel unhappy about it. I’m in my 30s and have always felt like my brother is treated very differently to me. I can see that she really loves him, but I don’t think she feels the same way about me, even though it might look it to people who don’t know us too well. I got into a bit of trouble when I was 14 and I don’t think she has ever felt the same way about me since. I feel like I am constantly trying to please her, but that it is never quite good enough. I realise I probably sound petty, but there is a lot more to it than that and it is something that genuinely upsets me.

Mariella replies I don’t doubt it. It’s never pleasant to feel excluded and when it comes to family pecking order it can be particularly painful. Nevertheless, let me assure you that in every family there’s a sibling who feels just like you. That probably won’t make you feel any less excluded. Knowing you’re not alone at least offers a sliver of reassurance. Feeling as though you’re the less worthy, less favoured child, on whom the spotlight never falls, is common enough.

Yet your description, alluding to this disparity not being visible from outside and dating back to your childhood does signal that it may be at least partly to do with your own perception. If in youth you were the child who proved themselves talented at drawing the heat, it’s perfectly likely you’re still acting out your part today. That sense of being excluded from the circle of love can be subjective and based more on how we feel about ourselves than how others feel about us.

Whatever you did at 14 clearly caused problems and attracted attention of a kind you weren’t seeking, but it’s likely to have made your parents more concerned rather than less loving. The more common occurrence is for the troublesome child to suck the sunlight and leave their siblings out in the cold. One of my favourite films of the last few months is Beautiful Boy, a portrait of parenting at its most devastating with its tale of a well-to-do father and his son as they tumble into the void created by the boy’s drug addiction. For an illustration of how one child’s dysfunctional behaviour can monopolise a whole family’s emotional life it’s worth watching. It also depicts the heart-wrenching point when a parent is forced to stop being the protector and instead has to abandon their child to their own choices (or vices).

I’m saying all this to highlight how seldom bad behaviour directly diminishes our ratio of love. Instead, for the same seemingly masochistic reasons that we gravitate towards lovers that treat us badly, so too do most parents frequently feel the greatest love for their most troublesome offspring. Love’s one of those curious emotions that expands to fit.

When I was pregnant with my second child my panic was that I wouldn’t be able to love this interloper as much as I did my baby daughter. That mild worry grew to seismic levels when I learned that it was to be a boy. How would I know what to do with a boy? My girl by now seemed familiar, but a boy was a different specimen. Surprisingly (to me anyway), the moment he was placed in my arms I discovered that the heart is an ever-expanding organ, metaphorically at least. More relevantly to you, it makes absolutely no difference how children behave. The wonderful truth is you continue to love them no matter what.

What is true is that some relationships flow more easily than others and that’s something we can actually improve on. Your mother may well struggle harder at communicating with you, and especially if you are convinced that you are being dealt with unequally. Instead of perpetually casting yourself as the victim of this perceived insufficiency of love you could set about rebooting your relationship. You have all the tools at hand to ensure you and your mother get to enjoy each other as you’d wish for in adulthood. That’s never going to happen while you’re still busy measuring levels of affection.

There are roles for both of you in this rapprochement, but your responsibility for now is taking that first step to redefine how you communicate. By shrugging off your insecurity and surprising your mum with a newly positive point of view you’ll catch her off-guard, deflect her normal responses and I’d all but guarantee, over time, receive the results you crave. This is all about pressing the reset button instead of continually playing out past positions.

The most enduring hurdle will doubtless be the role you’ve cast yourself in and are still struggling to escape. Your mum may be as tired of being made to feel she hasn’t deserved you as you are of feeling ostracised from her affections. Such roles are set in childhood – you don’t need any expertise in tracing yours back to when you were 14. Could it be that you’ve never forgiven yourself and that’s what’s eating away at you? It would certainly be just one of the many angles worth examining in this fascinating if generic family problem.

• Comments on this piece are premoderated to ensure discussion remains on topics raised by the writer. Please be aware there may be a short delay in comments appearing on the site. 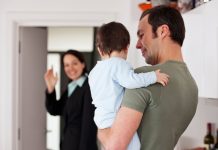 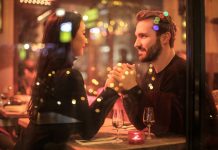 Throw in the towel: is air-drying your face better for your...

Men prefer younger women not for their firmer bodies – but...

The Benefits of Insurance to Individuals and Organisations

How to Replace or Revamp Your Garage Doors

admin - February 9, 2019
We use cookies to ensure that we give you the best experience on our website. If you continue to use this site we will assume that you are happy with it.OkPrivacy policy