Calling all business owners! If you are in the twenty-first century, you depend on energy related equipment serving you well.

What happens when things don’t go entirely as planned – as often happens in life?
Well, if your computers, machines, boiler, AC unit, oven, stove, furnace, elevators, hoists and cranes and so many, many other pieces of equipment breakdown, your business just might.

But hold on to your hat!

Equipment Breakdown Insurance can protect you and your enterprise from the occurrences. Read on for some summarized episodes that were submitted to insurance claims departments

• A power surge triggered damage on the control board of an espresso machine. It also caused damage to the thermostat and compressor of the air conditioning system. Moreover, due to resulting to the business’s food cooler compressor as well, food items that were for purchase suffered spoilage.

• Brown-outs are no big deal – or so some of us tend to think. In this case a brown-out caused by a direct lightning hit to utility sub-station was followed by power surge that led to a business air conditioning unit’s untimely demise.

• Due to a sudden power surge, one mini mart’s refrigeration system incurred so much damage that it had to be replaced. As luck would have it, the food inside suffered spoilage loss as well.

• An intense ice storm brought on havoc to the electric line attached to a restaurant. Losses included an electric frying pan, wine cooler and ice maker.

• Business cannot go on without a proper phone system. One business learned the hard way about this when a power surge damaged theirs and left them without communication for forty-eight hours.

• A food store experienced a power outage and then the ensuing power surge resulted in electrical damages to the cash register and freezer.

• When an ice cream shop franchise suffered a power outage, the utility company took quite a few days to fix the problem. The ice cream melted and so did business income.

• A printing company failed to maintain his printer properly. The gap guard got loose and got stuck between the machine’s cylinder and imaging unit causing the printer to break down.

• One business’s furnace motor broke down, making optimum conditions for the water pipes to freeze and burst. When that happened, another furnace’s breaker tripped, resulting in additional heat loss.

• A condenser fan seizure resulted in the freezer compressor to burn out, followed by food damage.

• A boiler overheated and cracked as a result of a low water level. The ensuing heat loss, prompted the store owner to close his shop for one full business day.

All of the above claim examples were covered by equipment breakdown insurance.

If something happens to your business equipment, are you covered? 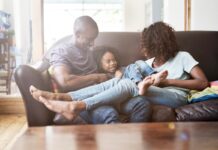 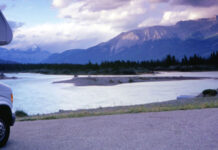 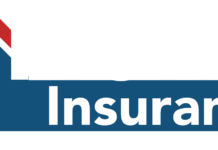 Pete Davidson is dating an older woman – why is the...

UK cash system ‘on the verge of collapse’, report finds

Beauty tips: putting the focus on both eyes and lips

After a trip to the hairdresser’s, I feel refurbished

admin - March 1, 2019
We use cookies to ensure that we give you the best experience on our website. If you continue to use this site we will assume that you are happy with it.OkPrivacy policy